Lam Tsuen is one of the busiest spots during the Chinese New Year in Hong Kong. The serenity of the villages is dissolved by thousands of visitors who thronged to Fong Ma Po, one of the Lam Tsuen villages, to make their wish before the renowned "Wishing Tree" at the beginning of the lunar New Year. Meanwhile, another Lam Tsuen village, which is some four km away from Fong Ma Po, is also filling with jubilant atmosphere in different manner.

Nam Wah Po is one of the 26 villages in Lam Tsuen. The village was established in 1906. It is tiny but pleasant . In year 2000, it was awarded "The most beautified village" by the Home Affairs Bureau.

Apart from its lovely landscape, Nam Wah Po is no ordinary Hakka ancient village. It is a village deeply influenced by Christianity, which is not common in Hong Kong. Ho Ho Go Experience was so honoured to be invited to participate in the "Ding Zau"(New born baby banquet). It was a wonderful experience to witness how east meets west in this ancient Chinese village. 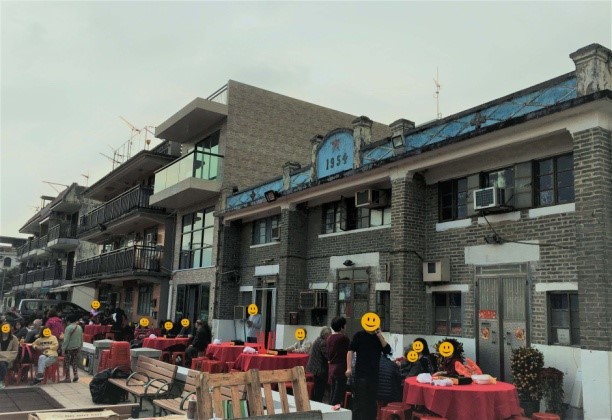 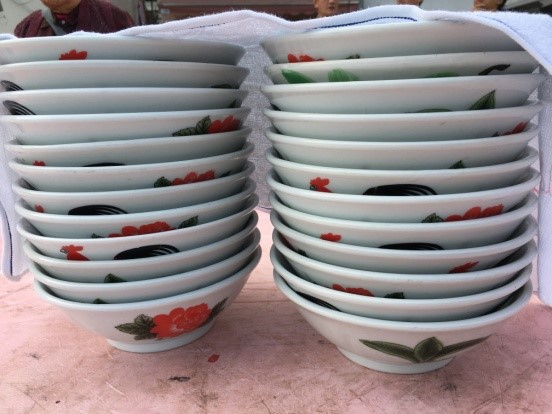 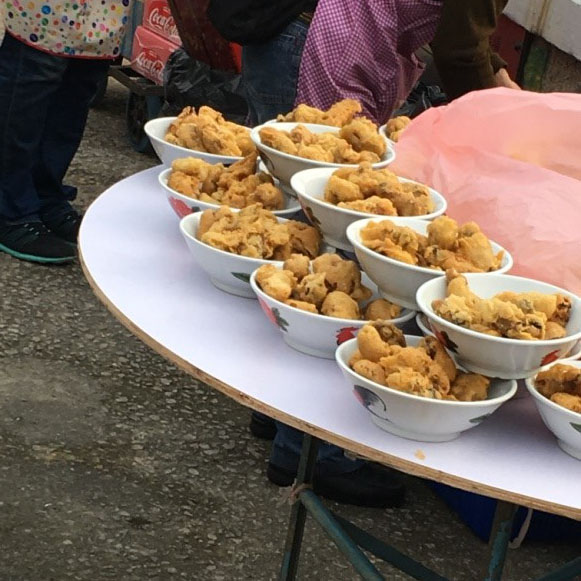 On this day, the indigenous inhabitants from all over the world will come back to join the feast. That said, the local residents will also be invited as guests. They will gather together at the open space in front of the church for the event. To begin, the choir sings the hymns in Cantonese opera arrangement. After a short prayer, the Pastor will bless the newly born and the village. Having finished all Christian ritual, things go back to tradition Chinese again. The village will be filled with the aroma of basin food and joy. Last but not least, the elders of the village will give out Lai See (red packets) to the village people to mark the event.